I didnt know who Julian Bond was until around 1998 when I was tasked with sitting in the press room for the 29th Annual NAACP Awards, which was the same year he was appointed president of the NAACP. It was considerably later in the evening when he finally appeared up on the podium but he had no problem keeping reporters dazzled and amused at the gathering with his wit, humor and smile.

Up to that point, the NAACP had been something of a distant monolith in my mind. The carcass of a bygone era that whose glory days had long passed. Upon writing a story based upon the festivities I came to learn about the man and his legacy.

I quickly realized that his rep is impeccable, its not to be messed with.

Today, The Shadow League recalls the life of a champion of justice who fought for change on many battlefields and for many causes. 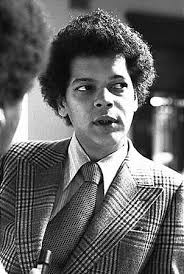 Born in Nashville, Tennessee to Julia Agnes and Horace Bond, Julian seemed primed to participate in the burgeoning civil rights movement and to be a champion of education from the very beginning as the need for these things were instilled in him by his father, who was a career educator as president of Lincoln University, and his mother, a former librarian at Clark Atlanta University.

He cofounded the Student Nonviolent Coordinating Committee (SNCC) when he was still a student at Morehouse University during the turbulent and galvanizing 60s, co-founded and served as the first president of the Southern Poverty Law Center and was president of the NAACP from 1998 to 2010.

Bond also led voter registration drives and demonstrations throughout the south in a very dangerous time as he put feet on the ground in Georgia, Mississippi and Arkansas

In 1965, Julian Bond was elected to the Georgia House of Representatives following the passage of the Civil Rights Act and the Voter Registration Act, making him one of only eleven African Americans elected to that station.

However, Georgia State representatives voted overwhelmingly to not seat him regarding his stated endorsement of SNCCs opposition to the War in Vietnam.

Julian was eventually allowed to be seated in the position that he was voted into following a United States Supreme Court ruling in the case of Bond v. Floyd.

He was also the first African American to be nominated as a candidate from a major party when his peers chose him as a nominee for Vice President in the 1968 presidential election-which he swiftly declined. Bonds career in politics came to an unceremonious end in 1986 following his run for the United States House of Representatives from the 5th congressional district of Georgia against then rival John Lewis. The campaign was particularly messy with charges of cocaine abuse being levied against Bond, a charge that Bond denied despite confirmation of the rumor given by ex-wife Alice Clopton. She later recanted those claims.

Julian Bond wasnt simply a talker. He put his clout and name on the line time and time again in support of stances that were unpopular at the time, such as his refusal to attend the funeral services of Coretta Scott King because the ceremony was housed at a megachurch that was anti-gay.

His stance on gay marriage put him at direct odds with religious groups who were allied with the Civil Rights movement. Particularly, the Southern Christian Leadership Conference.

On Saturday, August 15, it was announced long-time educator, civil rights organizer, activist and educator Julian Bond had passed away due to complications from a long fight with vascular disease in Fort Walton Beach, Florida at the age of 75. He is survived by his wife Pamela Sue Horowitz, five children and eight grandchildren