Before The Notorious B.I.G. stated the obvious, don’t you know bad boys move in silence and violence” on his hit song The Ten Crack Commandments, Leroy “Nicky” Barnes broke the unofficial street rules. The leader of the Harlem-based heroin distribution and policy ring known as The Council, took to the media for a cover story in the New York Times Magazine touting his many exploits.

We live in an era now where rap artists like Daniel “Tekashi 6ix9ine” Hernandez snitch on a a criminal ring and get everyone indicted, only to come out to fame and money. This is a big departure from the seventies where those who snitched went into witness protection and hid.

However, back when the heroin kingpins in the seventies ran New York City, there was only one black crime boss brazen enough to make headlines. His name was Nicky Barnes. 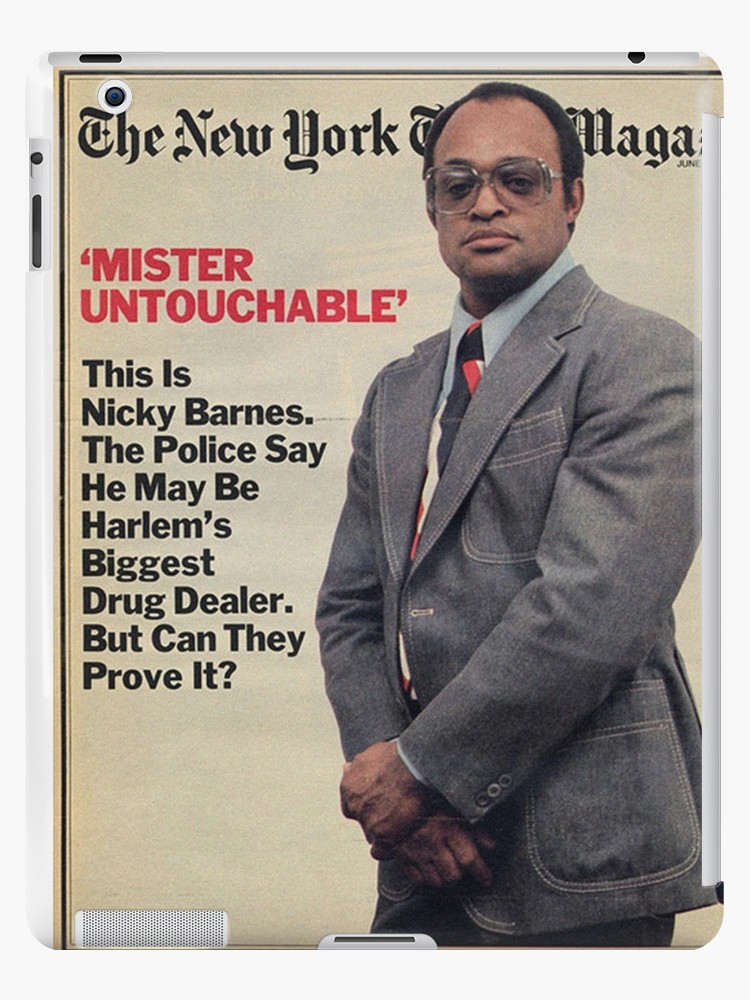 On June 5th, 1977, the image was brash, displaying a clean shaven Barnes as the pinnacle of success in the drug business. He donned a custom suit and a politically correct red, white and blue tie that both stoked the senses of any dandy and enraged the authorities.

For years, the ex-heroin addict with a junior high school education turned multi-millionaire heroin kingpin thumbed his nose at the law. He flaunted his wealth openly, driving his luxury cars like Citroens and Mercedes Benzs up and down 116th street and managed an operation that spanned Harlem from river to river.

However, no one would have ever thought, amid his ability to get Federal and State cases dismissed regularly, that he would take the bait of a New York Times reporter and sit for an interview.

The fact that he did a styled photo shoot to compliment the story took it over the top and the Feds had a Sunday coffee reading session to learn more about their most elusive target. The news reportedly went all the way up the ladder to then-President Jimmy Carter, who informed the FBI that Barnes was indeed public enemy number one.

Barnes represented the ultimate wayward visage of success for the black man in the ’70s. A convicted drug user who took his negative circumstances and made alliances in prison that made him rich on the streets. After aligning with the Italian mafia while incarcerated, he organized a cabal of black men under the tenets of Islam to execute a sophisticated drug ring.

“The Council”, as they called themselves, had rules, rituals and decided that no white underworld figures would control any criminal real estate in Harlem during their tenure. His rival, Frank Lucas of American Gangster fame, did the same but focused his brothers, The Country Boys, mainly in the Bronx to avoid ruffling the feathers of Barnes.

Barnes was brash and unapologetic. He was a junkie that went on to ultimately get it, in turn destroying communities of color while his balance sheet grew daily. During this time his future nemesis, former New York City Mayor Rudy Giuliani, was making his name in law enforcement.

Giuliani Gets Famous, Nicky Gets Incarcerated

In 1970, Giuliani joined the United States Attorney’s Office for the Southern District of New York. In 1973, he was named Chief of the Narcotics Unit and became executive U.S. attorney. Barnes became the career-making case for Giuliani, and the New York Times cover and article gave him all the ammunition he needed to get his man.

Barnes was prosecuted for his drug-related crimes and sentenced to life in prison without the possibility of parole on January 19, 1978. The man who bought the Apollo and banded a group of men together to control the vice of a section of NYC was brought down in the same glory that contributed to his rise.

Nicky Barnes, who now lives in witness protection after serving 20 years in prison, will go down in history as the original Mr. Untouchable before John Gotti allowed the media to label him the Teflon Don. He is a cautionary tale to this new generation that celebrates the folklore of the drug dealer like a modern day Bonnie and Clyde.

Remember that Rick Ross real name William Leonard Roberts III and 50 Cent’s real name is Curtis Jackson. In reality, you either spend a huge portion of your life in prison or end up dead from the exploits.

Never forget that being untouchable can get you touched unless your name is Tekashi 6ix9ine.