Things are finally looking up for the Maryland Terrapins. After 24 players transferred from Ralph Friedgen's 10-win program before he'd finished his first season, and he ended his second year with an overall 6 -18 record, the Terps are 3-0 and quarterback C.J. Brown looks like one of the best quarterbacks in the ACC. The Terps are feeling so good, they're debuting new helmets. Under Armour CEO Kevin Plank is a former Maryland football player and whenever he gets a chance, he finds a way to weave the Maryland flag into their newest uniform designs. Under Armour's designers found a new wrinkle again by adding ripples to their brightly-colored flag helmets. Maryland is quickly becoming the Nicki Minaj of college football.

The NFL may have taken the fun out wearing multiple helmets, but every week is Fashion Week for college football helmet designers.

Not to be outdone, Virginia Tech is in the lab working on a stone helmet. Don't worry, it's not really stone, it just appears that way.

The rumors are true. Beamer's website says this is the beginning design stages for a "Hokie Stone" helmet. #Hokies pic.twitter.com/jUqOhbWzQE

College football has a long way to go until it catches up to Jordan Binnington, a goalie for the Chicago Wolves. That's right, the freshest piece of headgear in all of sports belongs to an NHL prospect. 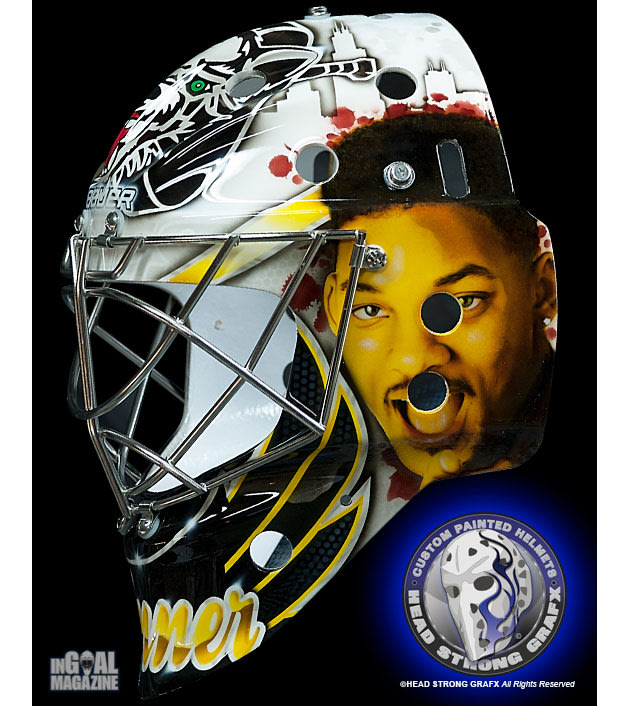