In March of 2011, when Virginia Commonwealth University was a surprising selection as a #11 seed in the NCAA Tournament, there were many people outside of the city of Richmond who raised their arms in righteous indignation, claiming that the Rams, whod underwhelmed at seasons end with a 3-5 limp across the finish line, did not deserve to be there.

Among the most vocal of their detractors was ESPNs Jay Bilas, who claimed that VCUs inclusion in the tournament field was indefensible, going so far as to question whether the selection committee knew if the ball was round. He was far from the only critic who derided the choice. 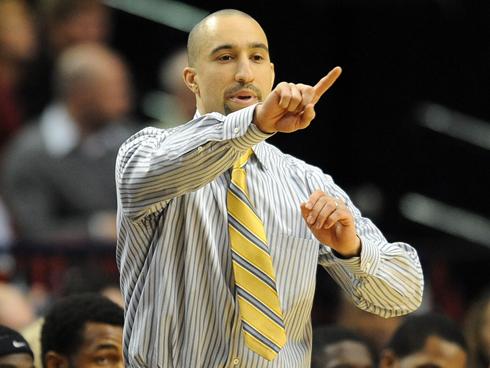 ESPNs Eamonn Brennan labeled the decision to include VCA shocking, while arguing that Colorado, Virginia Tech, Alabama, Saint Marys, Boston College, Missouri State and Harvard had all received the T.J.M.

As my man Ernie Morris, a New York City playground basketball Anthropologist would say, The T.J.M.! You know what that is right? The Jerk Move!!!

But a funny thing happened as that 2011 tournament unfolded. It seemed that the selection committee did not only know that the ball was round, they proved prescient in including the team that would give major programs from elite conferences like U.S.C., Georgetown, Purdue, Florida State and the Southwest Regions #1 overall seed, Kansas, the T.J.M., The Jerk Move, en route to the Final Four.

During the Rams improbable run, one of the brightest young stars in college basketball emerged. It wasnt a transcendent talent destined to be an NBA lottery pick, but rather their then 33-year-old head coach Shaka Smart.

He emerged into the spotlight like the Mousey character in the criminally underappreciated 1995 movie, Devil in a Blue Dress, based on Walter Mosleys outstanding and gripping novel. Mega-star Denzel Washington, who portrayed the main character Easy Rawlins, might have been the featured cast member coming in, but Don Cheadles spine-tingling portrayal of Mousey stole the show.

Smarts philosophy walking into that tournament seemed to mirror that of Easy Rawlins, who says in the film, A man once told me that you step out of your door in the morning, and you are already in trouble. The only question is are you on top of that trouble or not?

Smart showed that he had his team ready for whatever trouble theyd encounter. But in terms of actually dealing with that trouble, they walked the walk of Mousey.

With each succeeding Goliath that lay slain in their wake, as they confounded the so-called experts who grew more shocked game by game, I could easily imagine Shaka Smart spouting Mouseys famous line, You said dont shoot him, right? Well, I didnt! I choked him…  Look, Easy, if you aint want him dead why did you leave him with me?

His particular areas of interest during his undergraduate studies centered on issues of race and the Great Migration of African-Americans out of the rural south and into the West, Midwest and Northeast from the 1910s through the 1970s.

His earnest and forthcoming nature, along with his intensity and sense of humor were endearing, especially when, heading into the 2011 Elite Eight against the heavily favored blue bloods of college basketball, told he told reporters, One of my sisters showed me something where it said Kansas now has a 44 percent chance of winning the national championship, and we have a .9 percent chance. So its kind of like that movie, Dumb and Dumber So youre saying weve got a chance.

Shaka is named after the legendary Zulu warrior and king, whose innovations, mobility of his fighting forces and renovations to his armys wartime weaponry assisted in making the Zulu Tribe one of the most powerful nations in African history.

Similarly, his coaching style, recruiting prowess and coaching philosophies have helped make the VCU basketball program a force to be reckoned with. Theyve won at least 26 games a year since Smarts arrival, along with winning at least one game in three of the last four NCAA Tournaments.

Shaka and the Rams look to continue that stellar streak this year after defeating Dayton yesterday, 71-65, to capture the schools first-ever Atlantic 10 tournament title since leaving the Colonial Athletic Association for the A-10 in the 2012-2013 season.

The Rams were expected to be a possible Top Ten team this year and got off to a 17-3 start. But they faltered down the stretch, going 5-5 over their final ten regular season games after star guard Briante Weber, the A-10 Conference Defensive Player of the Year, suffered a season-ending knee injury. Weber, before tearing the ACL, MCL and meniscus against Richmond, was the nations leader in steals per game, steal percentage and total steals, and was just 12 Bernie Madoffs shy of breaking the NCAA career steals record.

Weber was the focal point of their vicious Havoc defense, which has befuddled opposing offenses for years with their constant, efficient, aggressive, disruptive and attacking press. They are consistently among the nations best in creating steals and turnovers, and play an exciting brand of push-it-down-your-throat, uptempo basketball. 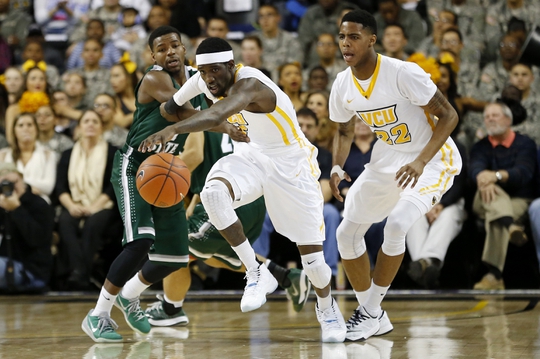 Now, for the fifth straight year, Smart walks a team into the tournament that he believes can win every game they play.

Their task on Thursday in the NCAA Tournaments opening round (the folks at the NCAA need to stop this nonsense of calling the First Four the opening round and labeling Thursday and Fridays games as second round contests by the way, but I digress) will be formidable.

The no. 7 seed Rams will be taking on the no. 10 seed Ohio State Buckeyes out of the Big Ten, who are led by one of the most electrifying players in the country, freshman sensation DAngelo Russell. Ohio State will be anxious to wash the stench off of last years first round tournament loss to Dayton and this game should prove to be on the of the opening rounds best.

VCU will be led by their spectacular senior whose nickname is Freight Train, 6-foot-6 shooting guard/small forward Treveon Graham who averages 16 points and seven rebounds per game while connecting on 42% of his three-point attempts.

Unlike most rising, young star coaches who have had opportunities to leave for greener pastures, and fatter paychecks at bigger schools, Smart has chosen to remain at VCU. Since his dash from the First Four to the Final Four in 2011, hes been offered the gigs at UCLA, Illinois, North Carolina State, Marquette and Minnesota, among others.

My toughest day as athletic director will come the day Shaka leaves, VCUs Ed McLaughlin told the Washington Posts John Feinstein in January. I hope it never happens, but you have to be realistic and understand that its almost inevitable. When that day comes, it will hit our fans really hard, not just because of all the wins but because of what he means to the entire city.

Shaka Smart means a lot more to many others outside of the city of Richmond as well. Hes one of the best and brightest basketball coaches in the country, a shining example for many aspiring African-American coaches that yearn for an opportunity in a business where hiring practices are severely outdated and slanted against a true representation of diversity.

Smart is not so concerned with the big picture right now, simply getting his team ready to play Ohio State on Thursday. It wasnt that long ago that his teams inclusion in the pinnacle event of American sport drew the derision of many. Today, no one is surprised at the programs consistent excellence.

And if VCU has another magical run in them this year, especially after losing one of the countrys all-time great perimeter defensive players in Weber, you better believe that major conference coaches and administrators will be paraphrasing Mousey from Devil in a Blue Dress, asking the NCAA, “If you didn’t want us dead why did you leave us with them?”

And maybe the righteous indignation this time around won’t be whether the selection committee knows if the ball is round, but why so few coaches who look like Shaka Smart are getting the same opportunities to lead a major Division I program, proving that they, indeed, belong on the game’s biggest stage as well.