Last Thursday, as the players met with the NBA season hanging in the balance, NBA reporter Chris Haynes noted that LeBron James had told players “he was in” to finish the postseason but that he was prepared to change his mind based on how talks with the owners went.

Specifically, James “was stern in calling on owners to do more in aiding the Black community and to play more of a role in using their resources to combat systemic racism.” 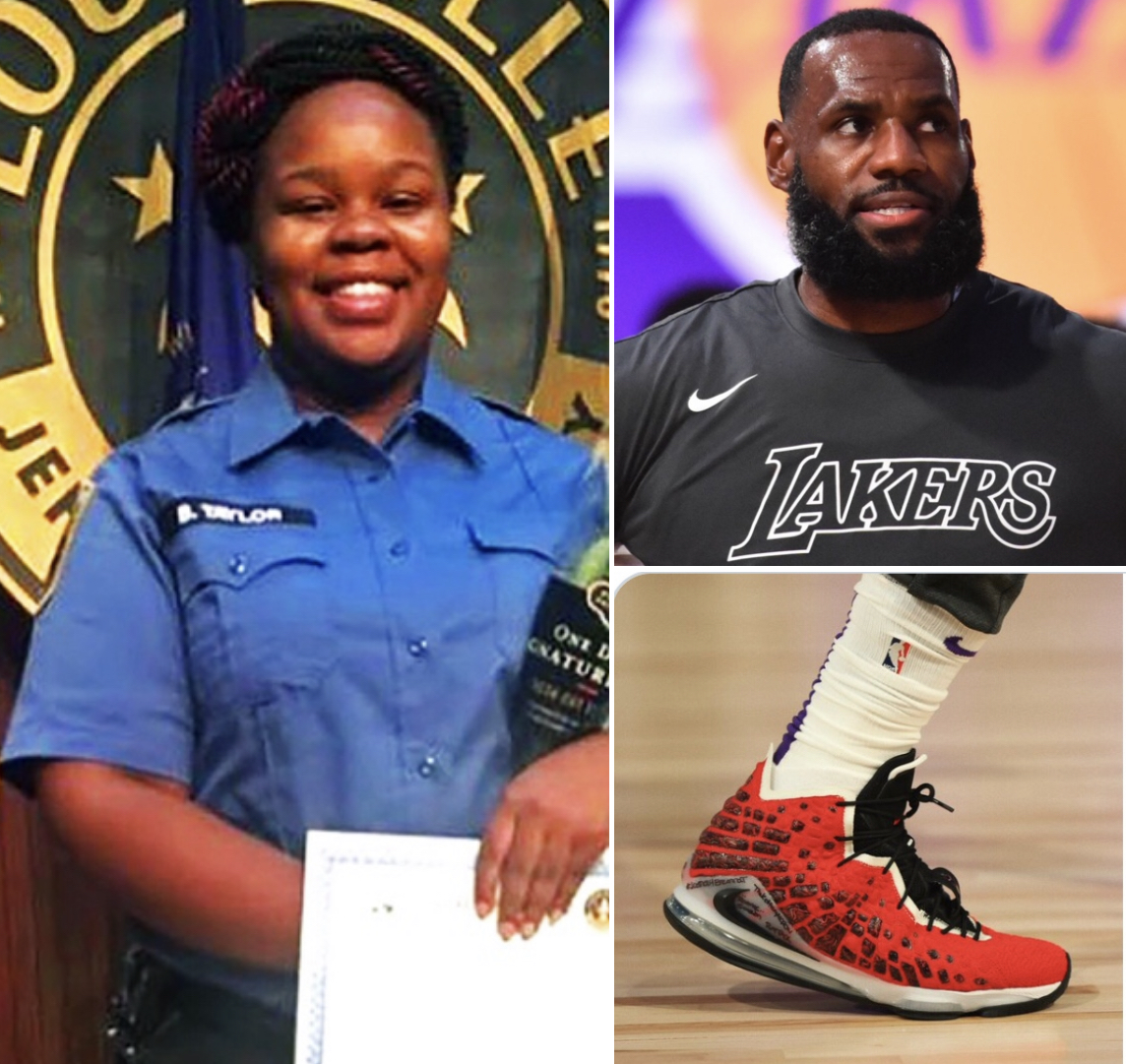 During the heated discussions, Bron went as far as to support boycotting the rest of the season if certain demands were not met.

Prior to that willing sacrifice, James — despite all of the social activism and community improvement that he has done with his I Promise School and various other initiatives — had never gone all-in on protesting. He’s been very vocal and shrewd about his activism. Choosing to play, which keeps him in the public eye but also makes owners richer.

There’s nothing wrong with that. LeBron using his platform to continue to bring attention to systemic racism and social injustice also helps the movement. However, James seems to finally understand that eventually, you might have to pick a side to truly get what you want. If you want the powers that be to listen and end the madness. Then you have to be willing to walk away from it all.

Kaepernick was obviously a huge fan of the player protests around sports, particularly LeBron’s firm stance.

He sent a note to LeBron James thanking the future Hall of Famer for his service and truthful devotion to the movement. 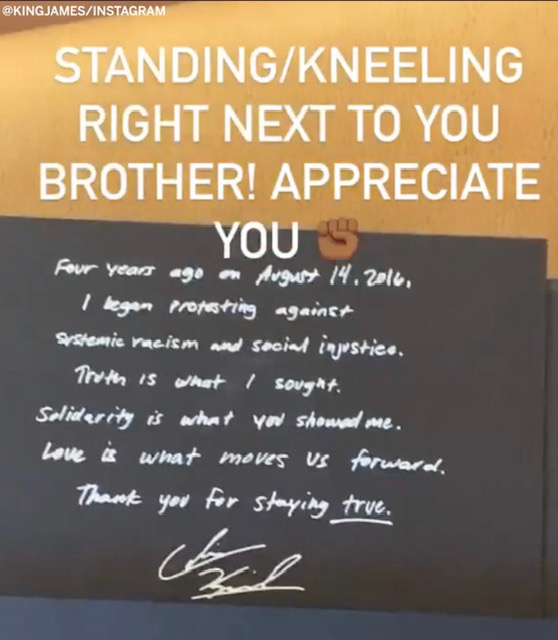 The NBA and NBPA came up with a set of new initiatives that James says he was happy with because a plan was formed and it involves taking action.

James returned to the court on Saturday night to close out the Portland Trailblazers and right now he’s chilling, waiting on the Houston Rockets and OKC to complete their seven-game series, to find out who the Lakers second-round opponent will be.

LeBron Is All In…Kaepernick In

LeBron’s action over the past week further proves that he’s all in as a vocal leader in the player empowerment movement and the fight against racism in this country.

When Colin Kaepernick was delivering body blows to the NFL in his fight against social injustice, police brutality, and systemic racism, by kneeling during the national anthem and sending white people into a frenzy, LeBron James was throwing jabs and an occasional right hook with his NBA brethren, wearing “I Can’t Breathe” shirts, speaking out against injustices in society and engaging in protest marches and powerful video messages during the coronavirus quarantine that shut down sports.

When the Milwaukee Bucks refused to take the court for Game 5 of the playoffs, following the shooting of Jacob Blake by Kenosha PD, that led to a domino effect throughout sports as MLB, MLS, NFL and tennis star Naomi Osaka refused to play in protest of the numerous Black men that have been murdered and permanently maimed at the hands of white police officers.

The latest shooting in the back by police of an unarmed Black man, Dijon Kizzee, occurred in South Los Angeles on Monday. The Los Angeles Sheriff’s Department said officers shot the man after he “produced a handgun.” According to local media, sheriff’s investigators say the incident occurred after officers attempted to stop the man riding his bike for a damn vehicle code violation.

About 75 to 100 demonstrators are gathered near West 109th Place and Budlong Avenue in South L.A. where deputies with the Los Angeles County Sheriff's Department shot and killed a Black man earlier today https://t.co/xCnRQq1v6r pic.twitter.com/XQXpwWpR16

When Colin Kaepernick first took his knee, shortly after Mario Woods was shot 20 times by police, his uncompromising ethics led to him being blackballed by NFL owners but iconized by the masses and on the right side of history. He let the world know that social justice was bigger than sports and the money that it generates for owners and players.

Kaepernick was ten toes down, and he probably was the only one for a while. Eventually, the Black bodies piled up and so did the frustration and it culminated in LeBron James’ stance to boycott the rest of the season. When the players met to decide on steps moving forward after the playoff protests, Stephen A. Smith said that LeBron took a very hard stance on what the players should demand from the owners before returning and he received some backlash from players who didn’t want to risk losing any more money.

Malcolm X received backlash from his own people at times as well. For trying to force progress too quickly. Being too aggressive. Too greedy.

Tragedies like the death of Dijon Kizzee continue to fuel the fire and inspire athletes to make a change. While LeBron is in a better financial position than most players, he understands that real sacrifice is also needed for real change and is now embracing that idea wholeheartedly. It makes him a hero to the people, but unpopular with some players who aren’t willing to take it to where Kaepernick knew it needed to go.