The Houston Texans were supposed to be the opponent that finally exposed and expunged the Patriots string of backup QB success. With Tom Brady missing the third of a four-game hit for “Deflategate,” and backup QB Jimmy G on the mend, it was Jacoby Brissett or bust.

Entering Thursday nights 27-0 loss to the third-string rookie QB from N.C. State, J.J.Watt and his ball-busting crew had not allowed a touchdown in six consecutive quarters. That streak ended in the first quarter with Brissett’s 27-yard touchdown run.

The mastermind Bill Belichick has taken another undervalued and unknown quantity at QB and transformed him into the ultimate game manager. It doesnt seem to matter if its Tommy B or Jimmy G or JB, Belichick game plans to the letter like the Alphabet Man. 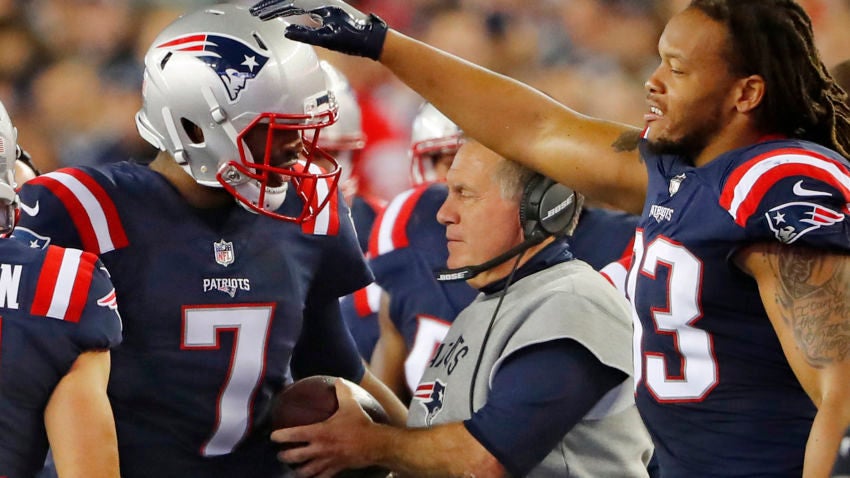 Pats running back LeGarrette Blount scored two touchdowns on Thursday and is among the leagues leading rushers. He’s blossomed under Belichick and says The Hoodie is the best NFL head coach of all-time.

“Hands down I feel like he’s the best head coach to ever coach this game, Blount told Deion Sanders and the crew in his postgame interview.  Hands down.

Blount even said that renaming the Lombardi Trophy The Bill Belichick trophy is a conversation worth having.

The topic of conversation this morning, however, is about the Killer B combo of Belichick and Brissett, who exceeded expectations.

He handled himself great last week, this week, all week, every day, Belichick said after the game. Hes done nothing but come in here and work as hard as he possibly can when we had three quarterbacks to take his opportunities and learn from the other two guys, when it was him and Jimmy and then this week it was pretty much all him. Hes just a hard working kid that is really dedicated to doing whats right for the team and trying to improve on anything that you tell him. He just wants to do what the coach tells him to do. Im glad we have him.

Thats high praise from a very demanding coach. It also lets other NFL teams who are undoubtedly licking their chops to get their hands on this 6-4, 235-pound mountain of potential. It reveals several obvious things about Brissett. He doesnt fold when challenged. He has a super work ethic. Hes intelligent, eager to learn and the ultimate team player. 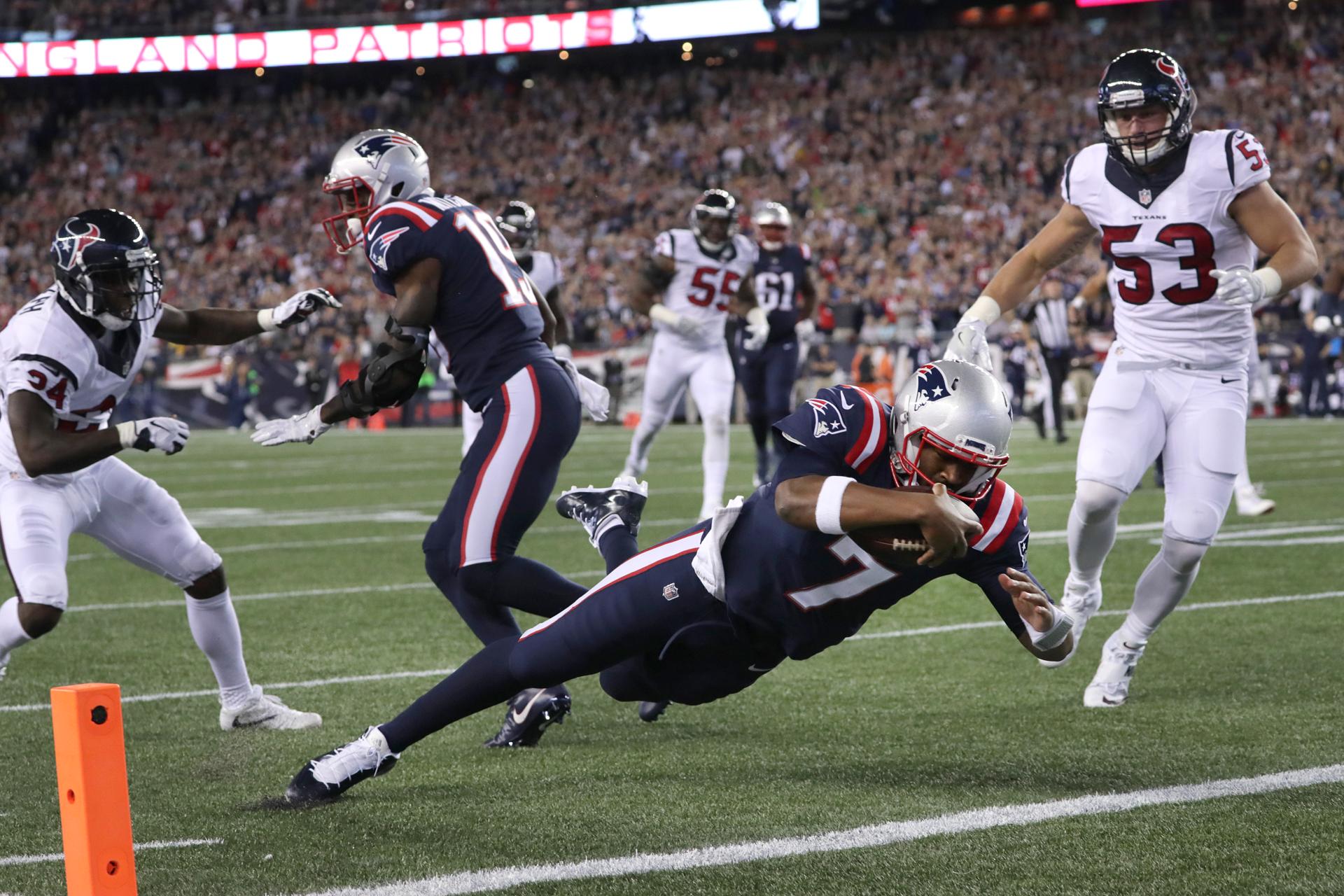 As far as his performance on the gridiron is concerned, Brissett completed 11 of 19 passes for 103 yards with no touchdowns or interceptions and added another 48 yards and one touchdown on the ground. His rushing total was the most since the Pats had a dude named Steve Grogan who took the franchise to its first Super Bowl appearance in 1985. His 27-yard touchdown burst in the first quarter gave New England a 10-0 lead and the first African-American QB to ever start a game for the Pats protected the rock, managed the game, made intelligent decisions and definitely brought some national attention to himself with his inaugural start.

Were part of a great organization, great team, Brissett said after the game to reporters at his locker. A lot of the veteran players helped out and stepped up and helped me a lot. Just giving me confidence. The coaching staff gave me confidence and just everything went from there.

Brissett should get one more start before Brady returns to assume the reigns, and instead of Pats fans cringing at the thought of a third-string QB leading them into battle and hoping for a miracle, the NFL world is eager to see what Brissett has up his sleeve next time and how Belichick and OC Josh McDaniels expand his responsibilities as the temporary but very effective signal caller of the New England Patriots.