Hunter Greene may have missed becoming the first African-American to be drafted in the first overall since David Prize in 2007, but hes No. 1 when it comes to swag and confidence and his personal aspirations for himself even exceed that of most of the experts who have marveled about his two-way abilities and debated whether or not hed be better off using his 100-mph heater on the mound or his plus power, speed, fielding ability and rifle arm  as an everyday player.

On Monday night, the Cincinnati Reds selected  the right-handed Greene out of Notre Dame High School in Sherman Oaks, California, with the No. 2 overall pick.

With the 2nd pick of the 2017 #MLBDraft, the @Reds select @NotreDame_HS RHP Hunter Greene: https://t.co/xOX9fHSxWe

The first overall pick this year was high school shortstop Royce Lewis, who the Twins nabbed to start the draft.

Sports Illustrated called Greene the star baseball needs on its cover two months ago. The Reds were thrilled that Greene fell to them at No. 2.

I spent the last couple of months worrying that we werent picking high enough to get him, Reds general manager Dick Williams said Monday night. Im really thrilled that we able to get him at No. 2.

Greene has always maintained that he ‘s not just going to make The Show but he’s going to break ground as an MLB player. 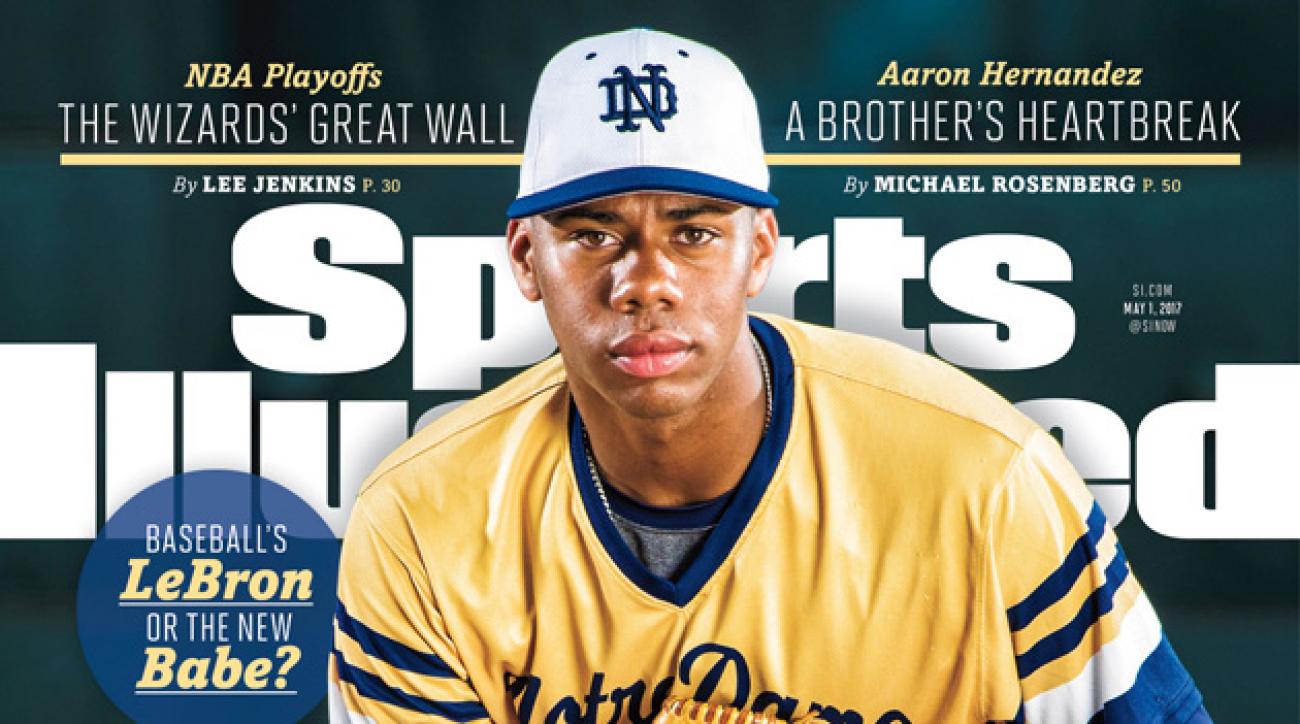 Im going to be the first guy to do both, Greene told Evan Barnes of the Los Angeles Daily News back in February. I love being able to hit and win games for the team or get on the mound and just shove it.

Thats tough talk from a kid who has never played past high school, but its obviously the winning attitude that teams look for from a young player. Greene, brimming with confidence, let the world know that he is here to change the game.

On the mound, I consider myself a monster, Greene said. Im a different person than off the baseball field. I pound the zone, I get ahead. I stare guys in the eyes. I just like the whole competitive edge and really competing the best that I can.

Let’s go baby! I’m thankful 2 everyone that’s been there for me! S/O @JleeSol and Darrell Miller for your vision @MLBUYA @RockstarBasebal

At shortstop, showing my range and having smooth hands and footwork and firing across the diamond. Then hitting, just having good pitch selection and crushing balls and helping out the team at the plate, too. That’s me.

He talks the talk, now he has to walk the walk as a teen phenom playing a mentally debilitating mans game. Greene is too young and talented right now to realize just what kind of beast he is embarking upon as an aspiring MLB player, but when you have undeveloped talent like Greene,  the sky is the limit and believing is half the battle.  He’s already enjoying his new found fame.

Still on cloud 9! So glad I attended the 2017 MLB Draft @MLBNetwork it was so much fun & an experience of a lifetime, thank you @MLB @Reds

How he handles that fame and the growing expectations will determine just how much of a two-way trendsetter he becomes.