It was a regular day on the Hilltop, Howard Universitys perched vantage point overlooking Washington, D.C., and I was tasked to do a research project for my African-American studies minor. I sauntered into Founders Library and the Moorland-Spingarn Research Center.

There I looked through yellowed archived newspaper clippings on the Black Panther Party and discovered a New York Times article. It detailed the planned January, 1969 bombing of Manhattans 24th Precinct police station and named members of the alleged plot, the Panther 21.

What stood out after learning they were acquitted was that one member who represented herself and was largely responsible for the acquittal was pregnant during the process. Her name was Afeni Shakur, and a month after she was a released from Rikers Island she became the mother to an epic son.

Tupac Amaru Shakur cannot be confined to the limited label of rapper. He was literally birthed through a trial by fire and entered the world ensconced by revolution.

His aunt, Joanne Chesimard, who later became an iconic figure of the struggle and fight against repression known as Assata Shakur, is still on the FBIs Most Wanted Terrorists List, residing in Cuba where she has been safe from extradition.  His activist stepfather, Mutulu Shakur, has been incarcerated since 1986 and is up for parole in December of this year.

On an HBCU campus, the bond between students of color usually lies in the sharing of regional music tastes, and so often the New York City students like me held impromptu debates against the Los Angeles students about who was better: Tupac or Biggie? 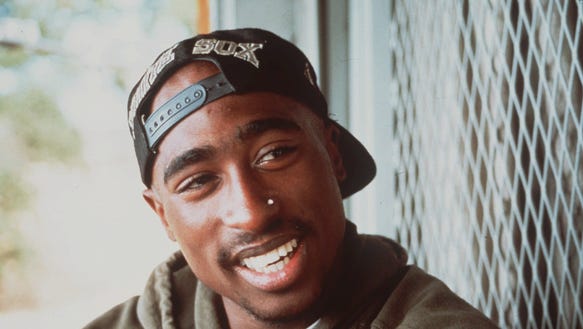 I could never entertain the argument because aside from lyrical dexterity, the two arent comparable.

Tupac represented a struggle that went beyond financial gains and the craving to floss the new Benz or throw your diamond-studded Rollie-draped wrist in the sky.

Tupac bled insubordination with every verse and on every album he produced. It was inbred within him, having moved from NYC to Baltimore and eventually to the Bay area where he saw the struggle from the ground up, hearing its gospel from family who gave the ultimate sacrifice for its achievement: their freedom.

Seeing his mothers battle with drug addiction and living in the impoverished sections of Harlem, Baltimore and the Bay, he felt the plight of the oppressed and translated it into hard-hitting rhyme syncopation.

When he named his crusade Thug Life, you could see his difficulty in providing an educated street soundtrack for young people looking for validation. Growth will always make someone contradictory, because you learn something you didnt know yesterday and quickly grow out of a former limited viewpoint.

It is why Tupac was so misunderstood by so many.

He grew on a light speed level that he documented for generations, and we all devoured it. Each new growth showed on album playlists, in music videos and the silver screen in what possibly was the fastest artistic growth period ever seen.

It is often said that bright lights dim early because the world was not ready for the glare, and Tupacs life seems a likely case study to prove that hypothesis. From his controversial rape conviction and Quad recording studio shooting to his public war against Bad Boy Records and his untimely death, the man drew drama.

However, his catalog was deeper than Billboard chart hits with songs like the prophetic How Long Will They Mourn Me and Military Minds featuring Cocoa Brovaz & Buckshot. He was as much Mao Zedong as he was a Versace materialist.

Happy Birthday Tupac, you are black history because of your lineage and your successful attempt to champion those without a voice. One of the greatest travesties is that it took death to solidify your depth, meaning and genius.

The Future Of Howard University Athletics Reaches A Pivotal Moment