The world awaits CBS’ Wednesday premiere of Halle Berry’s science fiction offering Extant. In her upcoming television series, Halle plays astronaut Molly Woods. Returning from a year mission in space, her experience causes unforeseen consequences for the entire human race. It sounds a bit vague, but that’s likely by design. The Steven Spielberg produced vehicle was so impressive to CBS Bigwigs that they skipped the pilot stage and ordered 13 episodes of Extant on the spot.

But this is no surprise for a show featuring one of the highest paid actresses in Hollywood.  She’s been known to take on a multitude of roles to diversify her impressive portfolio. It all began with one of her most memorable gigs as Vivian the crack head in Spike Lee’s 1991 film Jungle Fever. A character, that Spike says, she had to audition for three times. “She was just too fine,” he said laughing, during a recent speaking engagement in New York. 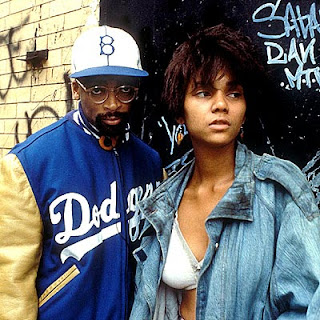 Despite the acclaim, there have been many roles for which she has been lambasted, Catwoman being primary among them. And she still catches flak from comic book fans for her portrayal of Storm of the X-Men.  Her personal life has painfully been plastered all over the front pages of the tabloids throughout her career. From alleged abuse at the hands of Wesley Snipes, to a failed marriage to R&B crooner Eric Benet where claims of infidelity racked their relationship. Berry has been a favorite for gossip writers and magazine newshounds alike. However, whenever critics think she’s down for the count, she rises from the proverbial ashes like a phoenix.

In 2003, Berry was named No. 1 on People’s “50 Most Beautiful People in the World” list after being named to the top ten seven times prior.  At 47-years-old her beauty is still considered legendary by any standard.