Game 5 was fairly nondescript, aside from the fact that it was the most important game of the NBA playoffs thus far, with almost no one showing up for either team. Roy Hibbert and Paul George scored Indiana's first 29 points, while D. Wade and Chris Bosh were nowhere to be found. Psycho T and Birdman mixed it up in the second quarter to keep things interesting before LeBron James exploded in the third quarter, leading Miami on a 30-13 run which put the Heat out of reach and gave them a 3-2 lead in the series.

Chris Paul is upset with the Clippers' organization for the ongoing story that he was the reason coach Vinny Del Negro was fired.

George Karl and Jeff Van Gundy have now been linked with the Clippers.

It's been difficult out there for defensive free agents to find jobs, and Dwight Freeny thinks the owners got together during the lockout and decided to spend less money to reduce the cost of free agents in general. Interesting quotes.

Ronald Holmes, father of Shabazz Muhammed, was indicted on charges of bank fraud as well as conspiracy to commit mail and wire fraud.

Ben McLemore says he would fit perfectly with the Orlando Magic, as he prepares for the upcoming NBA draft.

FIFA finally approves sanctions for acts of racism, coming just a year after FIFA President Sepp Blatter claimed racism could be handled with a handshake.

Here's what LSU coach Les Miles was up to yesterday.

We have made it to the roof! With @lsutigerstadium in distance @lsucoachmiles getting ready to rappel. twitter.com/LSUfball/statu…

SEC coaches voted against a conference-wide drug and alcohol policy, preferring to handle it in-house (obviously).

Andy Pettitte is expected to rejoin the Yankees on Monday.

The attention surrounding Tim Tebow, as well as all the fundamental work he needs, makes it impossible for teams to give him a chance.

Rob Gronkowski pranked his agent, telling him he was leaving to sign with Jay-Z.

Big Boi is recovering from his knee surgery. 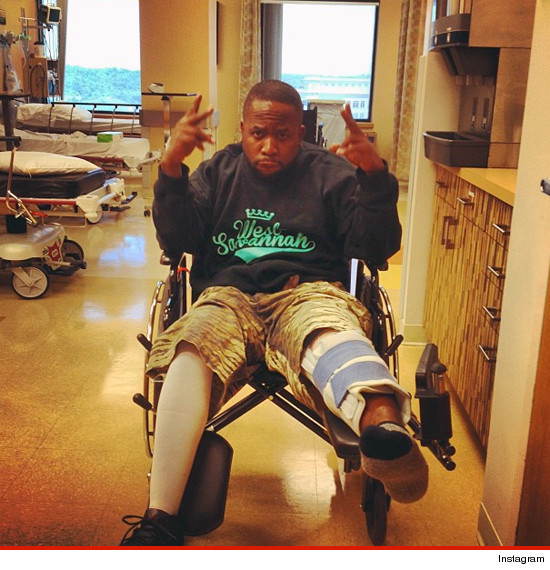 Mac Miller deals with a bully.

Jadakiss releases another track from the project he's been working on for years, Top 5 Dead Or Alive.

Former Mexican President, Vicente Fox, is in the US campaigning for the legalization of marijuana.

The GOP's default position on healthcare: just say no.

Mentally ill inmates are suing California for excessive force and treatment, joining a long list of correctional suits against the state.

An American Muslim is suing the FBI, claiming he was tortured.

Secretary of Defense Chuck Hagel plans to discuss hacking with the Chinese at an upcoming security summitt in Singapore.

62 percent of those who reported being sexually assaulted in the military faced some sort of retaliation from other members of the military.

Police in Florida are taught to "neutralize the threat in front of them," which, in the case of 14-year old Tremaine McMillan, meant preventing him from walking away from police with a puppy by slamming him to the ground and choking him.