On Wednesday night, DMX went head-to-head with Snoop Dogg in the battle of the dogs.

It was an unofficial East coast vs. West coast cultural battle that eventually morphed into a hip hop love fest. It was a continuation of the popular platform Verzuz created by super producers Swizz Beatz and Timbaland.

In late July, Verzuz announced a deal with Apple Music and Beats 1.

The first session was the battle between veteran MCs Snoop Dog and DMX and is the culmination of a series first launched in March to entertain people during the coronavirus pandemic.

From legendary producers like DJ Premier vs. RZA to hip hop pop stars like Ludacris vs. Nelly the friendly competition has revived catalogs of music legends.

However, the DMX vs. Snoop Dogg battle was probably the best one yet. The pairing of the two inside the confines of Snoop’s home studio in Los Angeles revealed a relationship that has built up over the years.

DMX revealed that his famous phrase turned song, “Get At Me Dog” was actually inspired by a chance meeting with Snoop in a nightclub. Snoop gave him salutations with the phrase and it inspired a hit record from the Ruff Ryders lead artist.

When Snoop played Doggy Dogg World, and expressed his remorse for the loss of longtime collaborator and comedy legend, Ricky Harris who died in 2016, DMX didn’t even know.

It was tender moments like this, and when the two recited each others hooks and verses repeatedly, that gave hip hop a much needed resuscitation. Not that rap music is dead as it is currently the soundtrack of choice for pop culture.

But the culture of hip hop has been co-opted and remixed to the point where fans from the nineties era and earlier feel a bit ostracized.

However, Verzuz has served as a time machine for aficionados of the culture. During these times where life teeters from strange to stranger, it is moments like this that remind you of why the culture is the heartbeat of America.

In mid-March, Timbaland called out Swizz on Instagram with what Swizz perceived as the cue for a battle.

“I loaded up my beat machine and called him out too,” Swizz told Variety earlier this year. “We went live, playing our best. The audience went wild in real-time, talking to us, responding to the tracks. Two hours after Tim called me out, Verzuz pretty much started.”

In a world where touring is moot, Verzuz artist’s have seen streaming figures grow by up to 300%.

In addition, Apple Music will also be working alongside Beatz and Timbaland to produce new episodes of the battle platform.

However, there are no limits to Verzuz’s potential. 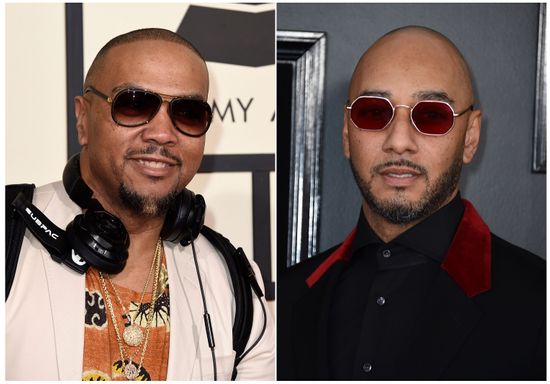 “DMX wants to battle Jay-Z, but he’s going to sound better against Eminem,” Swizz said to Variety. “People want Usher and Chris Brown, but, that’s a big brother/little brother thing: What I’d like to see is Usher going up against Justin Timberlake, and Chris Brown vs. Justin Bieber. That makes sense to me.”

The careful balance of the artistic matchup has converted Timbaland and Swizz into part matchmaker and part live event curators. If DMX vs. Snoop is the primer for what the perfect “battle” looks like, the world is in for many major cultural touch points that erase media-manufactured beefs.

“You want something that works sonically and is entertaining.”