As I write this, it has been nearly a week since the unfortunate death of Mike Brown at the hands of a still unnamed member of the Ferguson Police Department. Initial attempts at nonviolent protest exploded into ongoing civil unrest in the surrounding areas with police, machine guns, military armor, and K9 units that has lasted since Sunday night.

Since the rioting initially erupted on August 10, the day after Mike Brown was shot dead, news reports have proliferated with the ongoing uncertainty of a war zone.  Police have cordoned off the entire town and have threatened, assaulted, and arrested journalists who refuse to leave the area. Citizens have been tear gassed. The Federal Aviation Administration has issued a no fly zone over the town of Ferguson for all non-emergency aircraft. You've been thrust into the national spotlight under tragic, unfortunate circumstances.

Traditionally, the riot has been the last resort for the poor, the voiceless and the disenfranchised throughout the world.  Riots and civil unrest have sparked revolutions of positive change, but can also be wanton, senseless and without direction.  While it may seem to the distant observer that these things simply occur as random acts of chaos, they’re usually the result of long-simmering instances of resentment and marginalization by local, state or federal entities.  As many of you know, racism is hard to prove. However, there are numbers that sum up what you're going through in Ferguson, specifically. Your community of roughly 21,000 has been suffering from what many claim as racially motivated police stops for years. African American make up around 67 percent of your populous. And white Americans are 29 percent of the population, according data gleaned from the U.S. Census. Of the 5,384 traffic stops that occurred in Ferguson last year, 4,632 involved Black residents while 686 involved Whites.  In simpler terms, 86 percent of said stops made by Ferguson police involved Black residents while a mere 12.7 percent involved White residents.  Some will explain away the fact that 92.7 percent of the 521 arrests made by Ferguson Police, compared to the 6.9 percent of arrests involving Whites, as a necessity of police work. With a police force that is comprised of 53 officers, only three African American cops are on staff.

What must have been stupefying to you all is the manner in which some in your largely Republican state will insinuate that Black residents are more criminal than Whites, thus deserving more police attention. In essence, they’re lying on you.  By defending these numbers, Ferguson, Missouri police apologists are basically saying Black people are more likely to commit a crime, thus deserving police attention that is disproportionate to its percentage of the total population. Conversely, they’re also saying Whites are less likely to commit crimes, thus not as deserving of as much police attention as Blacks. All of which is a bunch of bullsh#t 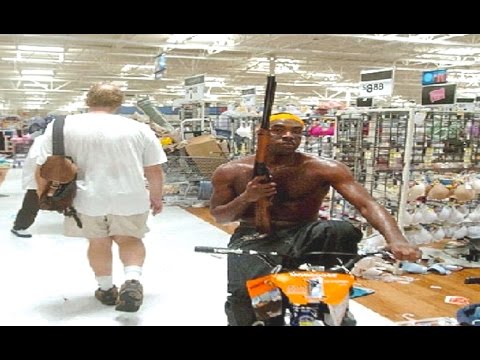 Institutional racism is the very pot in which the African American community of Ferguson has stewed for years. So, when an 18-year-old African American male is gunned down in broad daylight under questionable circumstances, and his mortal shell left to fester and bloat in the hot Missouri sun for hours, what exactly is the community to do? Are they to wait for yet another slick haired activist to come in and sweet talk them from breaking their foot off knee deep in the derriere of those they feel are opposed to their very existence? Are they to merely share words of healing as advised by President Obama? Indeed, that would be the universally preferred method of discourse by most middle and upper class Blacks and Whites. However, reason and moderation are often sacrificed when years of emotion and angst spills over.

However, the parents of Mike Brown do not wish for the memory of their son to be mired by the violence and chaos of the day. They want the name of the officer who killed their son. Standing next to Rev. Al Sharpton and several other supporters, Mike Brown Sr. called for justice for his son’s slaying. He urged against violence. And he is to certainly be commended for his stance in these chaotic times.  In speaking out against the violence and rioting that has gripped his community since Saturday, Brown Sr. is not only seeking to protect the memory of his son, but to also make sure that no other Black father loses his baby, no Black daughter loses her father, and no other Black mother has to bury a child.

As the Ferguson Police department is backed up by 300 police from the St. Louis Department, it is becoming more apparent that the stakes are the highest for those who are in the streets.  As of press time, police are reporting that 4 people were injured and 47 arrested on mostly suspicion of looting. While Wednesday night two journalists were arrested for not leaving a local McDonald's quickly enough.

But the noose is tightening as reports of damage to police cruisers and shots fired at police helicopters are circulating over the airwaves.  You are being called violent and uncivilized, yet we all know that it takes money to be able to truly wage a campaign of violence and your arms are simply too short to box with the state of Missouri on the streets.  If law enforcement is unsuccessful, then the National Guard would certainly be called upon next.  In addition, the South Florida Business Journal is reporting that there has been a spike in the sale of AR-15s in local Missouri gun stores by both Black and White customers.  It’s no longer about being angry.  It’s now about being smart. But everybody is “about that” life until a bullet hits them.

In these times of fear and confusion, any Black face might be considered a threat. Your point has been made, but we understand the conflict. On one hand, we must try to let the FBI do its job. On the other, we must concede that federal involvement is not a guarantee of a fair outcome. We remember Trayvon Martin, Rodney King, so many countless others. So what to do? Pray? Of course.  Look to the president? Maybe. Hope justice is found so we can have peace, while chanting," No justice, no peace?" We feel you. Our hearts are with you. And all we want is for peace to be with you in Ferguson, MO.