Darren Sharper used to be a bonafide NFL superstar.

With a list of accolades such as five time Pro Bowl selection, two-time first team All-Pro selection, four-time second team All-Pro selection, Super Bowl XLIV champion and NFL 2000s All-Decade team selection, Sharper was the man on the gridiron. In the eyes of football fans and those who dreamed of being in his position one day, Sharper had it made. He was in high demand and highly regarded, particularly in New Orleans, the city he helped bring a Super Bowl title to. It appeared that his present and future were shining bright, maybe even a gold jacket was in grasp.

Then the reality of Sharper’s life erupted.

When details first began surfacing in regards to his nefarious deeds it was really hard to believe. It was 2014 and most football fans still looked upon his career with fond memories, most with blinders on. He had only recently retired the same year the charges came to public light, and was even spotted periodically  as a commentator on the major cable news outlets. A well-spoken, clean shaven, handsome brother. Who would have thought that he was a real life sociopath worthy of his own episode of Law & Order: SVU.

But that’s what we have learned rapists do; they use their physical gifts and talents to blind you from their true nature.

In December 2014, Sharper was indicted in New Orleans on two counts of aggravated rape and a count of simple rape by the district attorney’s office. The aggravated rape charges were for sexually assaulting two impaired women at his apartment in September 2013, while the simple rape charge stemmed from a separate charge with a different woman in August of that year. He was jailed in California in February 2013 on charges he drugged and raped two women he met at a West Hollywood nightclub, and was charged with sexually assaulting two women in Arizona as well.

In total he is accused of raping as many as 16 women across four states, and those were only the ones who could remembered their encounter with Sharper and were brave enough to reach out to the authorities. On Thursday, Sharper apologized for the gruesome crimes he committed before U.S. District Judge Jane Triche Milazzo sentenced him to 18 years in prison.

“I would like to apologize a thousand times,” Sharper said Thursday before U.S. District Court Judge Jane Triche Milazzo of the Eastern District of Louisiana. “I’m still trying to figure out why I made some of these choices I lived my life right for 38 years, then I took this path.” 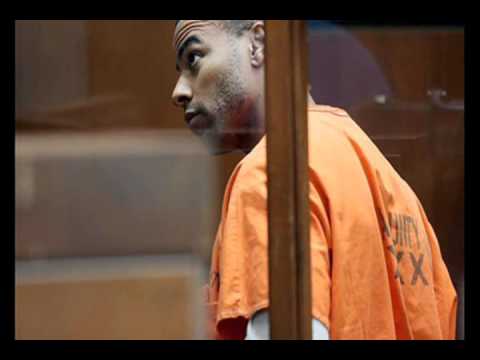 He was originally convicted for his deeds in March 2015 and sentenced to nine years due in part to a settlement negotiated by this attorneys, which addressed charges in Louisiana, Arizona and Nevada. Cries over the privilege that allowed him to seemingly skirt more serious charges were prevalent throughout the online and contemporary media as well, and rightfully so.

Sharper previously pleaded no-contest to charges of raping two women in L.A. and that he drugged them using Ambien. During that trial he also plead guilty to charges in Arizona as well. His plea deal was rejected in February.

This is sick, horrifying and sad, yet it’s not totally unprecedented. Rapists, particularly serial rapists, are nothing new and they come in all shapes, sizes, colors and professions.  In the world of sports, fans love their heroes more than they love just about any other form of celebrity or, unfortunately, reality. We have witnessed a slew of cases sprout up in the world of football in the last few years, both in the professional and college ranks, including schools with big athletic programs like Baylor and Tennessee.

Athletic success can be a formula which both heals and hampers. It can bring joy and relief to those who are suffering, yet it can also hinder many from seeing beyond the awards and status. Sharper’s reign of terror might be over for 18 years, but the wounds he inflicted don’t always heal. They might be hidden, but they’re always there as a scar for those left behind to manage.

Sharper’s physical appearance and public actions had everyone fooled, telling one of his victims that (according to The New Orleans Advocate) “his love for his daughter had inspired him to participate in an NFL book designed to raise awareness of battered women.”

“So rape is acceptable but not domestic violence?” she said. “Go to hell.”

And hell is where he will be.