Quarterback Colin Kaepernick followed his conscience during the 2016 NFL preseason and began kneeling during the National Anthem. It escaped notice at first, but grew into one of the country’s biggest media distractions over the past calendar year. I mean that in every positive sense of the word.

Whenever the country is forced to face its demons, that is a good thing. Kaepernick initially began his NFL protest back in August. He told reporters that he was doing so to bring attention to the systematic racism and injustice that has historically been imposed on people of color in America.

Now, as the National Football League begins to get itself situated with the NFL Combine and the upcoming draft not far away, we hear that Kaepernick will be ending his protest during the upcoming season and will stand during the national anthem. In addition, he will also be a free agent as well. It will be the first time he has been a free agent in his six-year career. 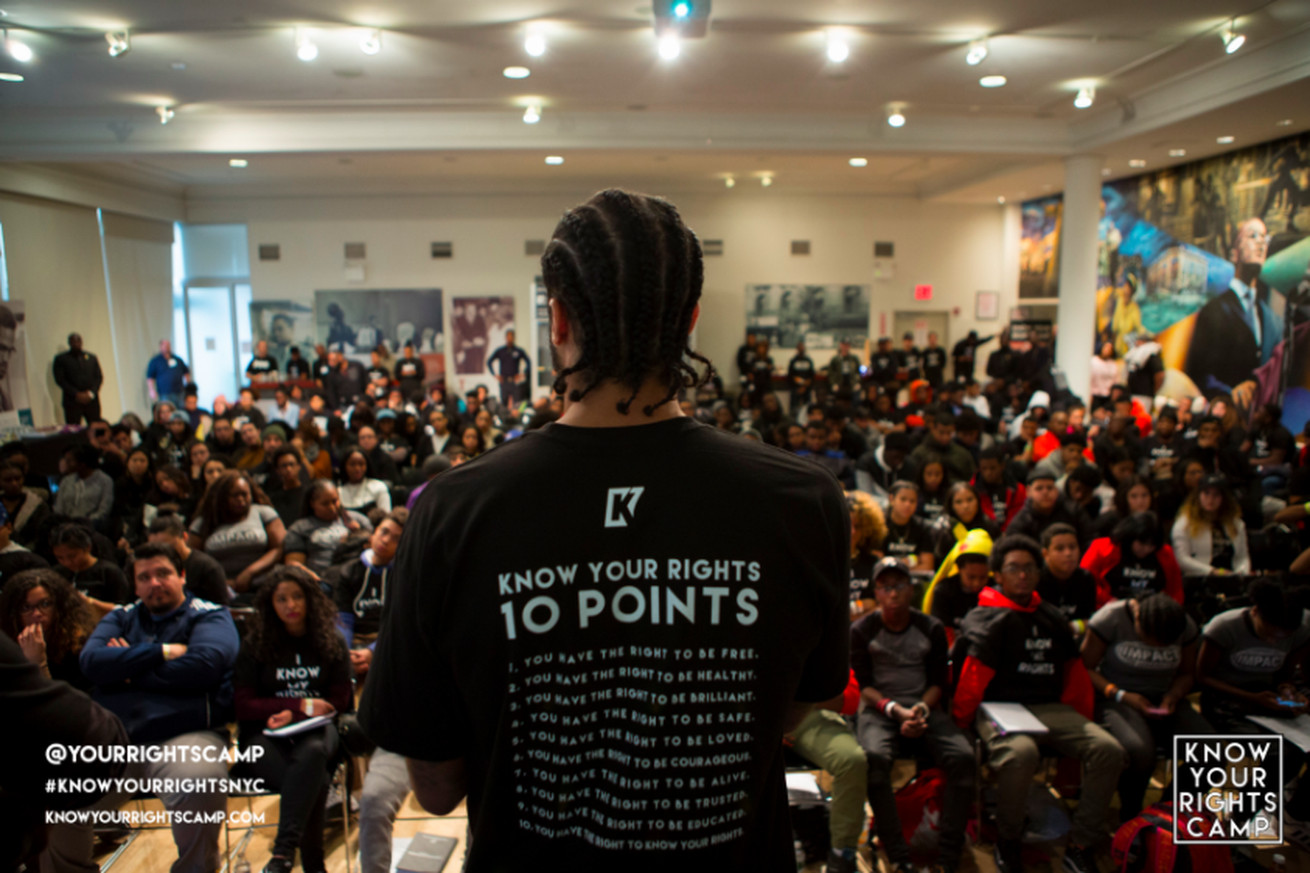 According to ESPN, Kaepernick will no longer use that method of protest because he feels it will detract from the positive energy he has garnered as a result of it. Adding that the current dialectic on social inequality, as well as support from NFL and NBA players, helped affirm his message.

Yes, Kaep will no longer be kneeling during the national anthem.  Though white supremacy is still as virulent as ever, he feels he has gotten his point across and doesn’t need to go any further with this course of action.

Although fans, the media and even old guard NFL heads gave Kaep hell for his stance, very few of them said anything about The Colin Kaepernick Foundation’s pledge to give $1 million to community organizations helping underprivileged people. He has given $100,000 to various organizations on a monthly basis throughout the nation. His most noted endeavor is the “Know Your Rights” camp.

At one time considered to be a superstar and a face of the National Football League, there now is a little uncertainty that Kaepernick will even be on an NFL roster next season. Legions from around the sports world criticized him for his protest, and as much as sports prognosticators imagined a split in the San Francisco locker room, his teammates on the San Francisco 49ers supported him.

He was given the organization’s Len Eshmont award, which goes to the Niners player who best exemplifies the qualities of inspiration and courage. It is the highest individual honor that the franchise bestows.

I can’t say I’m not feeling a little antsy for the brother as he looks to continue his career in another locale. However, if a team is looking for true leadership and toughness from their quarterback position, then Kaepernick is definitely worth a look, even as a backup.

Though the Niners only won a single game with him under center last season, Kaep’s numbers of 2,241 total passing yards, 468 rushing yards, 16 touchdowns and only four interceptions is pretty good when considering he got sacked on nearly 10 percent of all dropbacks during the 2016 NFL regular season.

With those numbers, and quarterback being a desired need for many teams this season, Kaep’s 2016 movement shouldn’t hinder him finding a team willing to sign him.