When it comes to descriptions and characterizations, stated words can have a greater significance residing underneath the selected verbiage. This is especially true when it comes to the sometimes strained relationship between sports and the media.

Some of us grew up hearing the statements from Jimmy the Greek, listening to racially-tinged play calls from Howard Cosell and continue to fume over the infamous “thug” label constantly bestowed on Black men by the media. But while those are overt examples of racial ignorance, insensitivity or racism (depending upon your personal feelings on the matter), it’s the covert usage of words that have affected athletes of color in a different way.

A Black athlete is called a “showboat” or labeled a poor example for the youth when celebrating, while the celebrations of white athletes are deemed colorful or entertaining. When you really think about it, it’s not that subtle at all, and last week we experienced another case where insensitivity and verbal ignorance lead to a harsh response from the hardwood. 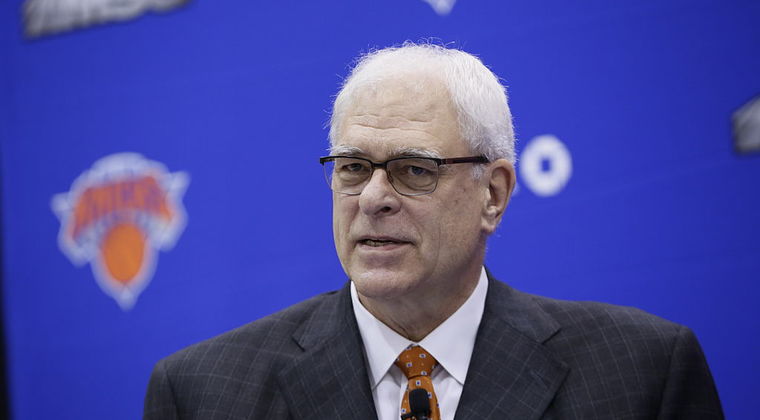 Phil Jackson, President of the NY Knicks, was speaking with reporter Jackie MacMullan and said this about LeBron’s time in South Beach:

When LeBron was playing with the Heat, they went to Cleveland and he wanted to spend the night. They dont do overnights. Teams just dont. So now [coach Erik] Spoelstra has to text Riley and say, What do I do in this situation? And Pat, who has iron-fist rules, answers, You are on the plane, you are with this team. You cant hold up the whole team because you and your mom and your posse want to spend an extra night in Cleveland.

For those in the know, the key word was “posse.” This is one of the trigger code words used in descriptions of Black culture, and it doesn’t refer to the movie by Mario Van Peebles. Some thought it was racist, some felt it was insensitive or improper while others didn’t think it was a big deal.

But to LeBron and his team, who have worked hard to succeed both on and off the court, it was an unnecessarily fired arrow with bullseye effect. In response, LeBron said the following:

I’ve been in this league 14 years and from the beginning, two years in, I felt like that I wanted to put my guys in a position of power and give those guys an opportunity to better themselves. And you know, in the beginning we were highly criticized and I was highly criticized about what I wanted to do to help some guys around me become very successful in business. And, you know, it just sucks that now at this point, having one of the biggest businesses that you can have both on and off the floor, having a certified agent in Rich Paul, having a certified business partner in Maverick Carter that has done so many great businesses, that the title for young African-Americans is the word “posse.” So, for me, we see the success that we had, but then there’s always someone that lets you know how far we still have to go as African-Americans.

LeBron was supported by others, including Carmelo Anthony, and on tonight’s episode of “Real Sports with Bryant Gumbel”, the award-winning host does the same with the mic dropping closing commentary below.

Finally tonight, my thanks to LeBron James, for calling attention to the way in which language is used to disrespect and devalue people of color. He was recently upset, justifiably, by the use of the word posse to define his business associates. Predictably, racial apologists have cried foul on James but LeBron is merely citing part of a race based code that’s all too commonplace in sports. One that leaves some words unspoken but well understood. Look, it’s not just about posse. We’ve long watched and listened as broadcasters have routinely characterized black players as born athletes and their white teammates as hard workers. We know what they mean when they fault end zone dances but applaud Lambeau leaps; when they label Beckham a showboat but say Gronkowski’s colorful or when they’re calling some guys in a fight scrappers” and others “thugs. Black viewers have always known it’s a white guy whenever those in the booth are claiming a player is “heady” or “does the intangibles.” The list goes on and on but you get the point.

Now, the usual assortment of critics and bigots will no doubt claim these are inflated complaints born of political correctness but since when does one group get to define another’s level of offense? Look, we’re coming off of a bitter election in which hurtful words ultimately did not matter and maybe they didn’t because too many have become accepting of the ignorant stereotypes that words help create and reinforce. Maybe it’s time we thought more, not less, about the language that’s used and call people out when it’s abused. LeBron’s going to ring up a lot of points this year but in my book none more important than the one he scored last week.

You can check it out for yourself tonight as HBO’s “Real Sports” airs tonight at 10pm ET/PT.